District Council Approval
On April 3, 2018, the District Council adopted CR-20-2018, approving the adopted minor amendments. A signed copy of the resolution can be found here.

Planning Board Adoption and Transmittal
The Planning Board adopted four amendments and transmitted them to the District Council on March 8, 2018. The staff memorandum can be found here.

Public Hearing
A Joint Public Hearing on the Proposed Minor Amendment (CR-99-2017) to the 2006 Approved Sector Plan for the East Glenn Dale Area was held on February 6, 2018. Over 50 people attended to hear staff's presentation and view the exhibits of which 7 stakeholders provided testimony to the District Council and Planning Board.

On November 14, 2017, the District Council adopted Council Resolution CR-99-2017 initiating a minor amendment to the 2006 Approved Sector Plan for East Glenn Dale Area. It proposes to repeal certain obsolete land use and policies for the physical development of a portion of the comprehensive plan area known as ‘The Area Between Prospect Hill Road and Daisy Lane’. 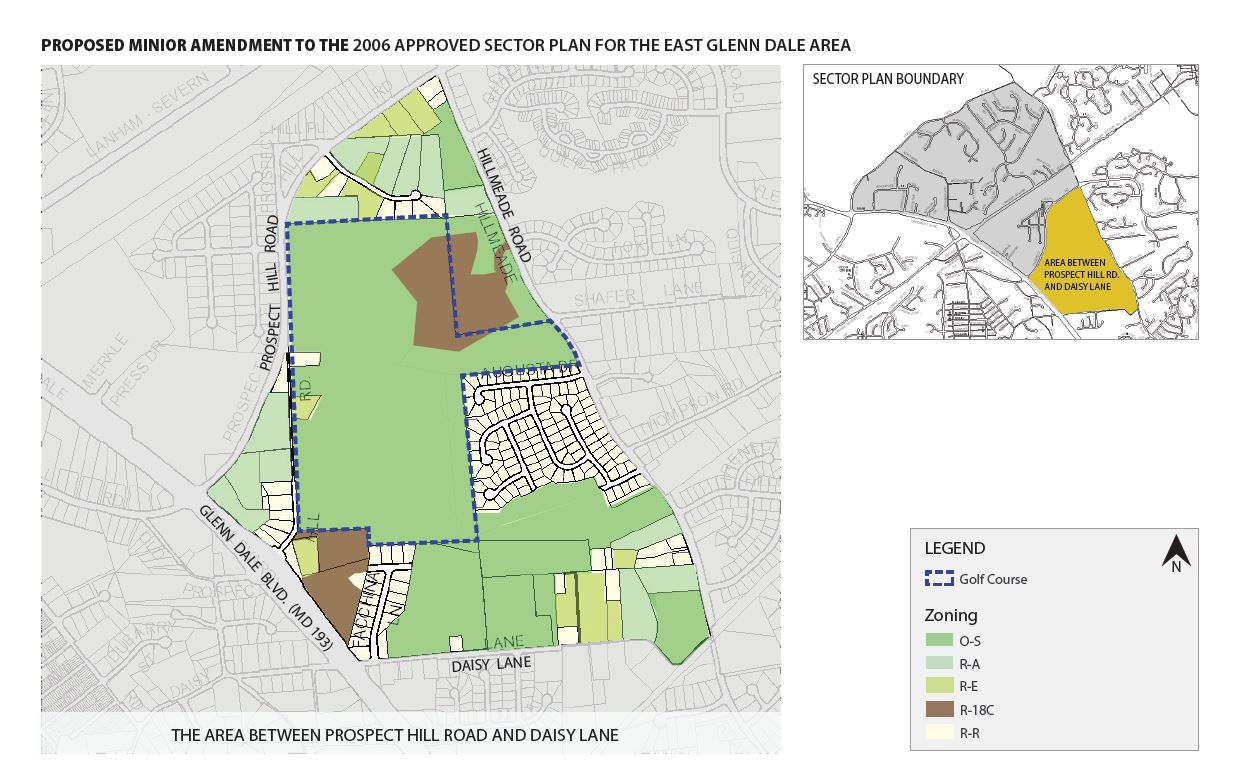