The final report is being edited for publication in early 2022. Responses to questions asked at the virtual Public Presentation, held on Thursday, July 22, 2021, have been compiled here.

The StoryMap is Live!

You can now explore the oral histories and newly documented properties from this project in the interactive StoryMap available here.

The Aquasco-Woodville part of the County, always principally agricultural, had the largest ratio of enslaved persons per total population before the Civil War. After emancipation, many members of this large labor force remained in the area to work as tenant farmers, making up a significant percentage of the population. Although several African American historic and cultural resources have been identified, documented, and in some cases protected with County Historic Site/Resource designations since the 1970s, nine more cultural resources in this category have since been identified.

This project seeks to document these newly identified resources and, combining it with the work already completed, craft a more complete narrative of historic African-American life in the area.

This project will produce:

1. Compilation of African American oral history of the area;

2. Documentation of the existing inventory of cultural resources, including MIHP (Maryland Inventory of Historic Properties) forms where resources exist; 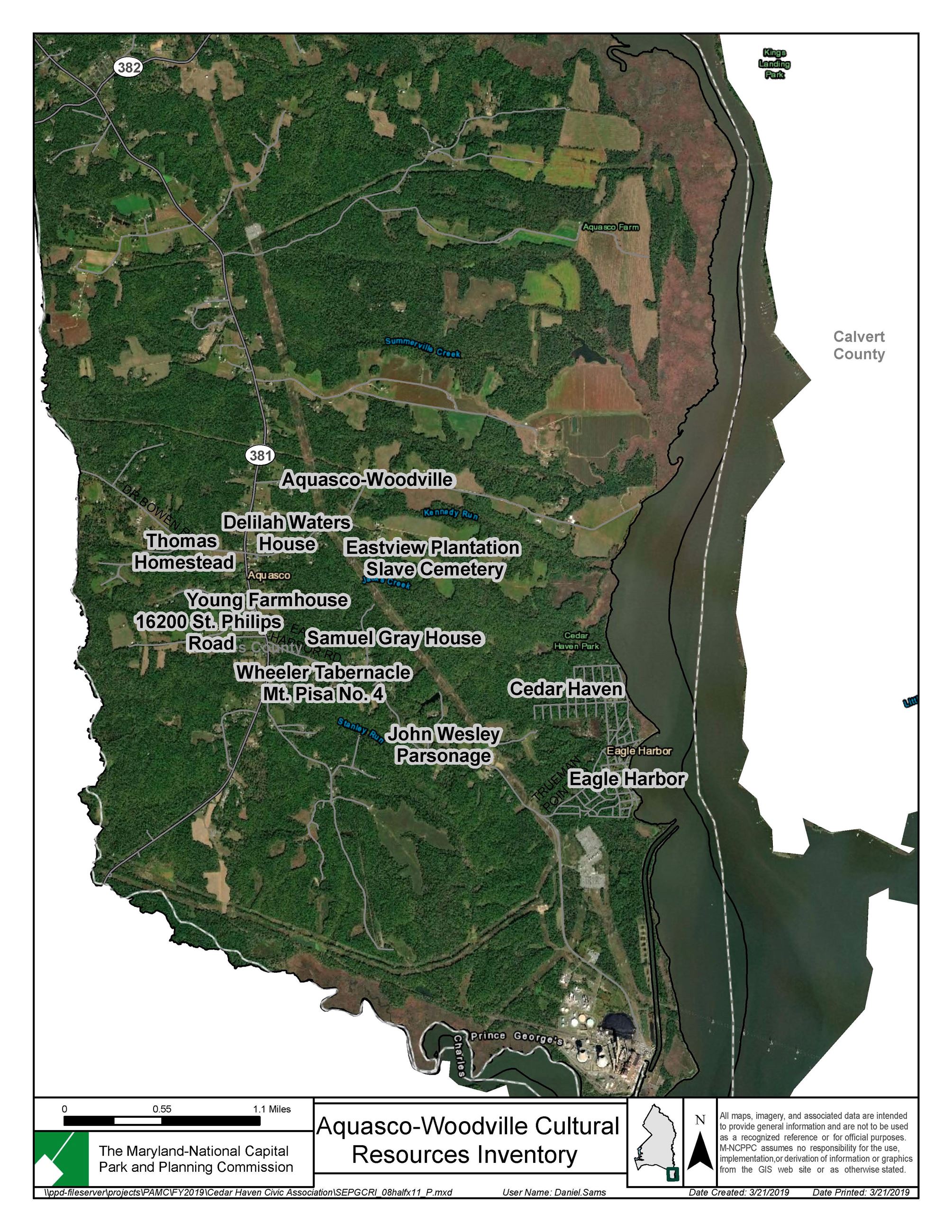